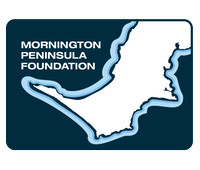 Ian Hicks AM is Chairman of his family foundation, the George Hicks Foundation (GHF), and the inspiration behind the Mornington Peninsula Foundation (MPF).

With vision and entrepreneurship, Ian took Applied Chemicals to international heights with hundreds of employees in numerous countries, selling it in the early 2000s,  moving into venture capital, hospitality and philanthropy.

Increasing collaboration with more and more donors, as well as extensive consultation with community partners, led in 2017 to the formation of the MPF as a more flexible legal entity able to build on the progressive work of GHF. Fellow founding Directors, Andrew Fairley AM and Dr Genevieve Timmons, established the philosophical and ethical framework which has served it well as it pushes the boundaries of traditional philanthropy.

Since formation, GHF has fully funded the running costs of the MPF which has inspired donors of all sizes and aspirations to contribute to the pool of funds that drives the strategic grants process. This funding is committed for ten years in total. 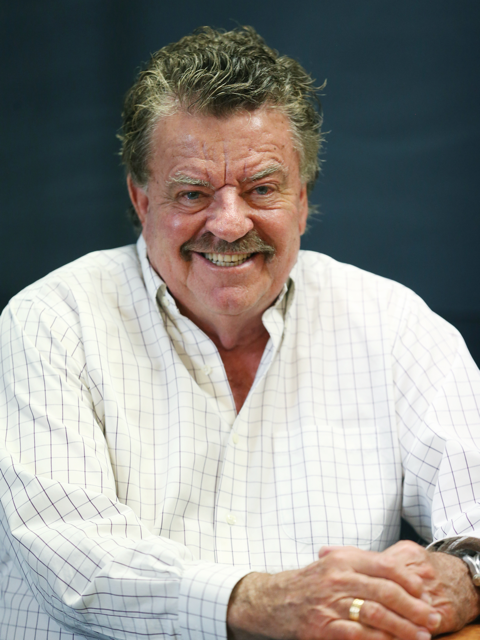 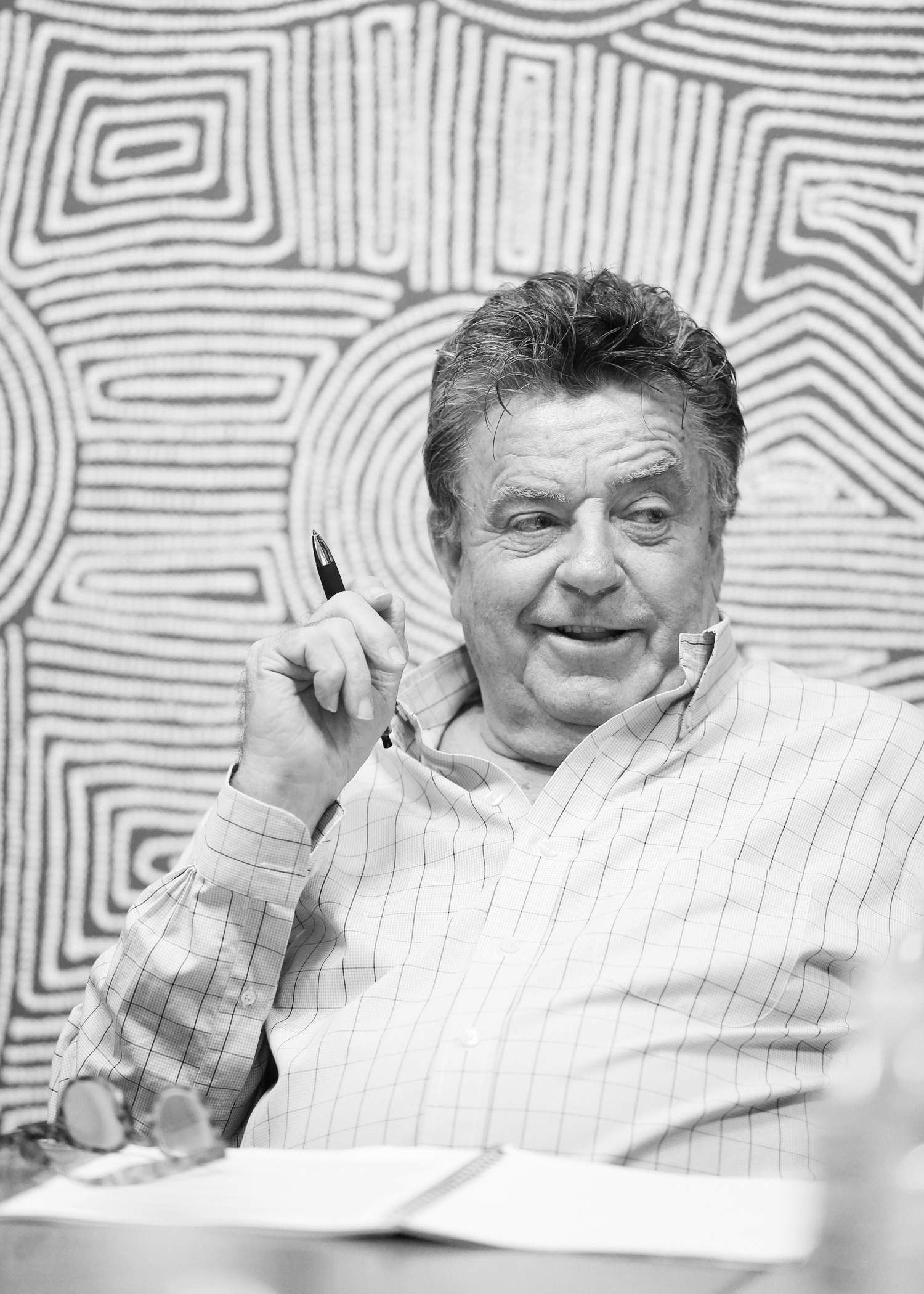 Ian is Executive Chair of Applied International Pty Ltd (a private investment group based in Melbourne), Chair of the George Hicks Foundation and is a member of the Order Of Australia in recognition of his community and philanthropic work. Ian has a strong interest in the arts, is a major supporter of the Australian Ballet and an enthusiastic collector of Australian art and sculpture. He has a vineyard, avocado farm and sculpture park on the Mornington Peninsula in Shoreham. Ian holds a Bachelor of Economics.

Andrew Fairley AM, (LLB (Melb) Hon Doc (Deakin) FAICD), is a Commercial and Equity Lawyer at Hall & Wilcox in Melbourne. He is Chair of Together Trustees Pty Ltd, which company is trustee of Catholic Super and Equipsuper.  It has combined funds under management of $27B.  He is an Industry Director of the Australia Financial Complaints Authority and a Director of Qualitas Securities Pty Ltd. He has a deep involvement in the philanthropic sector, as Chair of the Sir Andrew Fairley Foundation and Chair of the Foundation for Alcohol Research & Education.  He is a former Chair of Parks Victoria, and former Deputy Chair of Tourism Australia. 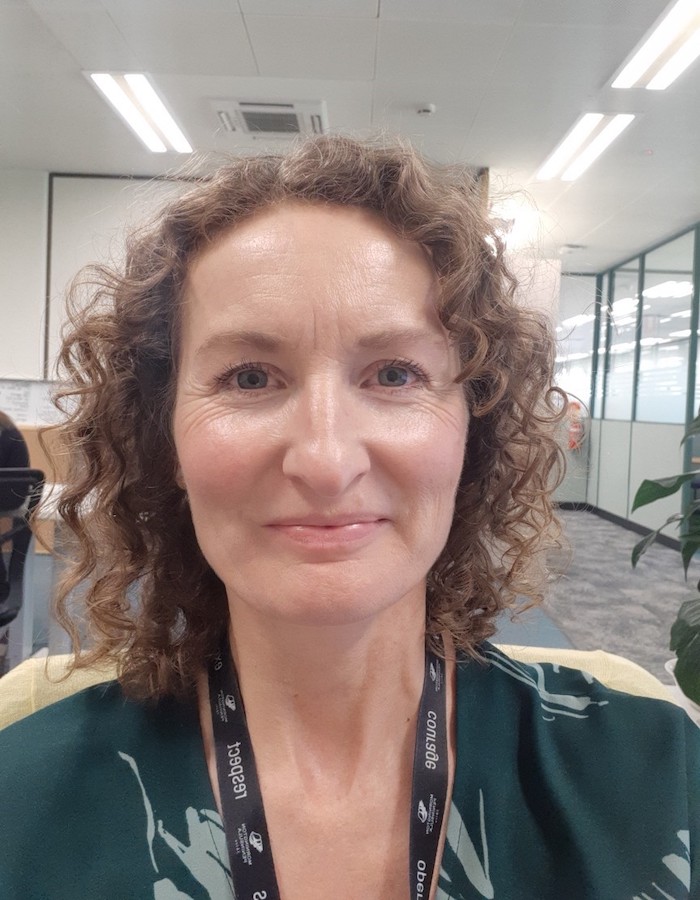 Christina brings to the MPF extensive knowledge of the communities on the Peninsula and experience in media and communications, local and federal politics. Originally a journalist and for many years Adviser to the Member for Flinders and Federal Minister for Health, the Hon Greg Hunt, Christina is now speech writer at the Mornington Peninsula Shire and a Commissioner on the National Mental Health Commission. 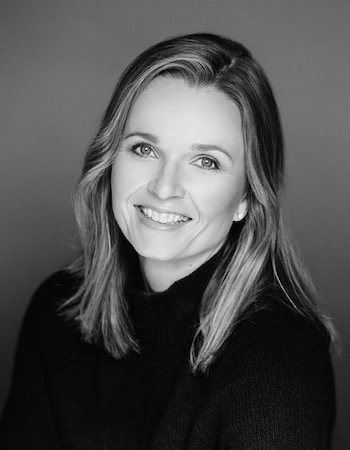 Elina is a Co-Founder and Director of SALT Catalyst – a private company established in 2018 to manage the investments and philanthropic activities of her family. SALT Catalyst operates with the ethos of using intellectual, social and financial capital to catalyse a more just, kind and compassionate world.
Prior to establishing SALT Catalyst, Elina had a long career in brand and corporate marketing spanning across her native Finland, several European countries and Australia.
Elina is passionate about education, especially early childhood and language development. Other areas of interest for Elina are socio-economic, gender and indigenous equality, mental health, empathy and environmental sustainability.
Elina currently serves on the Zoos Victoria Foundation Advisory Board, Wolf Foundation board and several advisory boards of privately held companies. Elina holds a M Sc. in Economics and Business Administration.

Andrew is Chair of Sentinel Foundation, and has had a long and successful career in the financial services industry. As the creator of both Lonsdale Ltd and Lonsec Ltd, he provides research integrated client software, and share broking services to Accountants and Financial Planners. Andrew is active as a philanthropic donor and close supporter of a number of not for profit organisations. He is a resident of Mt Martha. 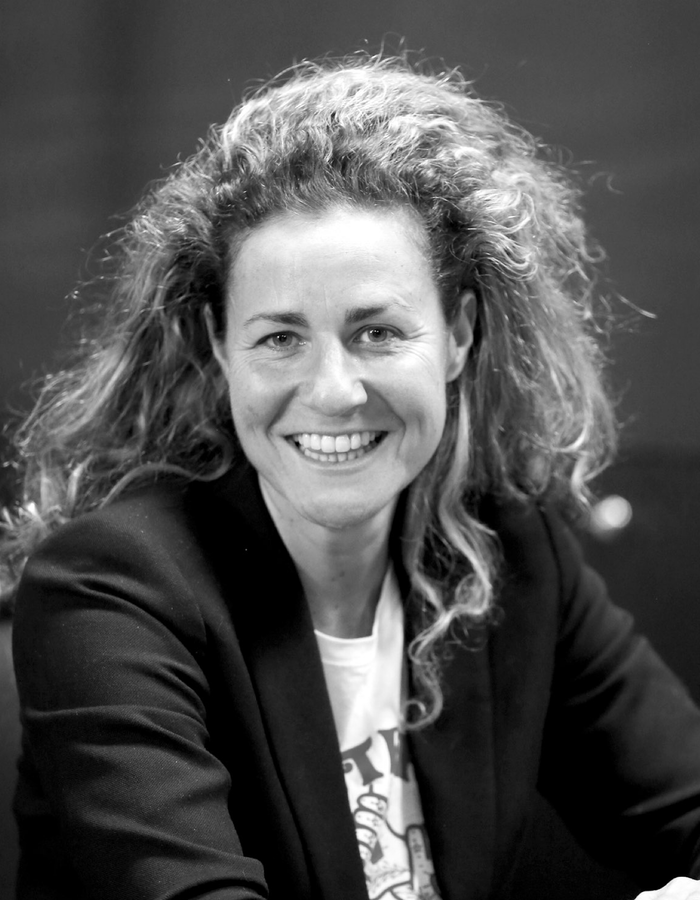 Sarah has an extensive sales and digital marketing career spanning over 20 years in the corporate and education sectors. Having worked with News Limited, Australian Consolidated Press and Murdoch Magazines, Sarah led sales for some of Australia’s leading publishing brands including donna hay, madison magazine, Harpers BAZAAR and INSIDEout.
In the last 8 years Sarah has advised to the Peninsula’s leading educational institutions including Chisholm TAFE, Chisholm Online and Monash University, Peninsula campus where she was instrumental in developing campus led strategy to raise awareness of the education opportunities within the area by engaging the local community. Sarah is particularly passionate about the importance of education for all. 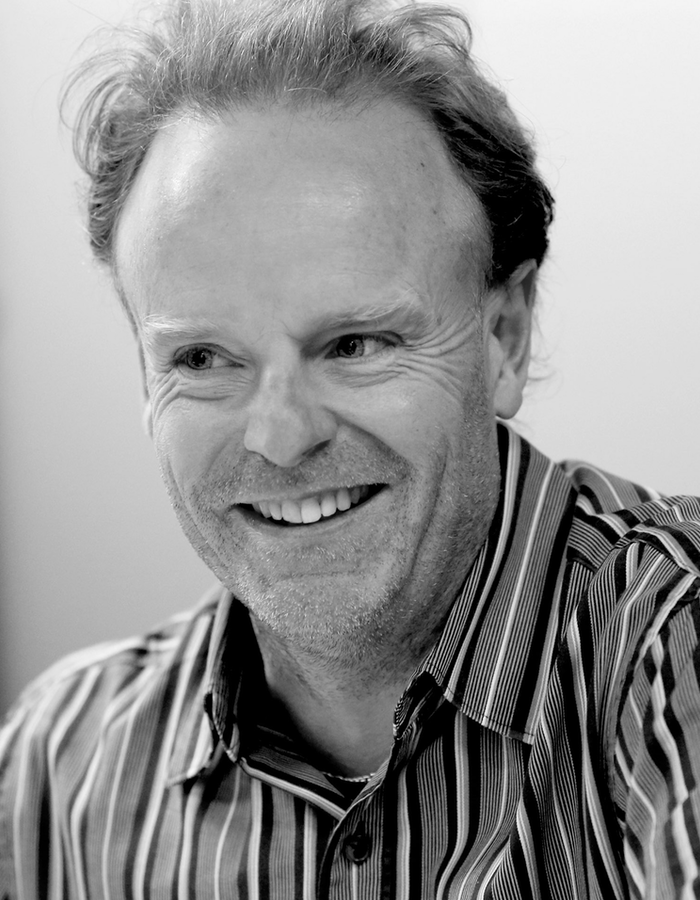 Paul-Thomas Hicks has an diverse range of experience in local and international business roles obtained over 25 years specialising in Entrepreneurial, Commercial Management, Supply Chain and Logistics.  PT is a director of the George Hicks Foundation and Applied International Group and is heavily involved in local and community sports organisations.  Having grown up holidaying on the Peninsula and with children of his own he is passionate about breaking the cycle of disadvantage and creating long term sustainable change on the Mornington Peninsula. 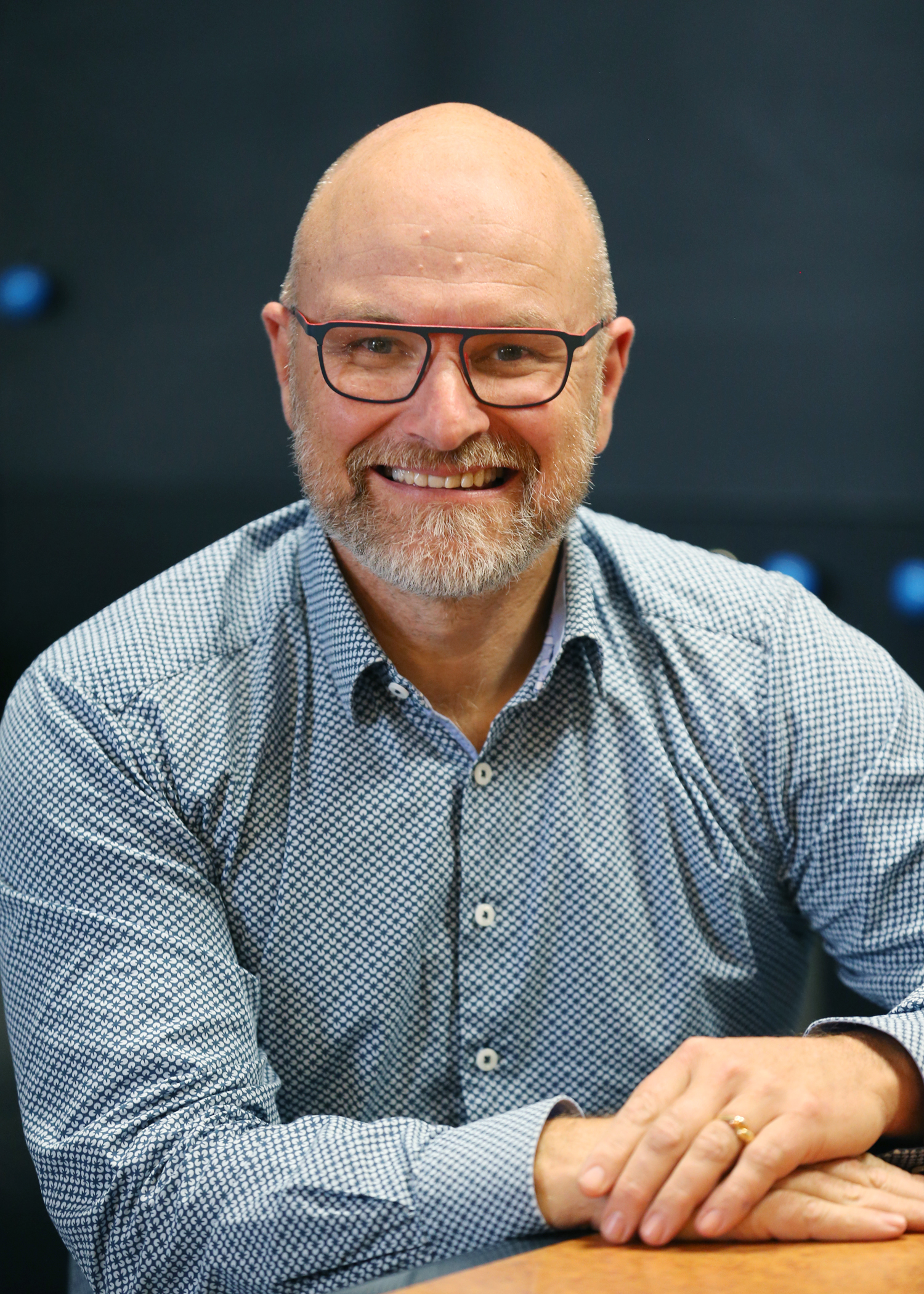 Brett is a Peninsula local, currently residing in Mount Martha and brings to the MPF strong business knowledge and experience in leadership, complex problem solving and technology innovation. With a history starting as a research scientist with the Alfred Hospital, Brett has had roles in product, strategy, digital and technology across financial services and consulting, leading to his current position as a Partner at KPMG where he is currently the Banking lead for Advisory.

Our Staff and Associates 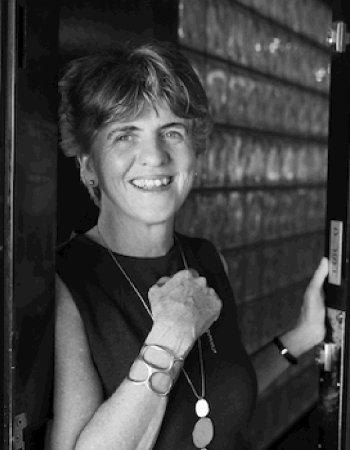 Stephanie is the Executive Director of the Mornington Peninsula Foundation. Since 2017, she has led the organisation’s growth and transformation with her pioneering approach to systemic change led by local community.

Stephanie has built this approach over a 15-year career in philanthropy, where she has worked with marginalised populations, grass-roots organisations and major donors in metropolitan Melbourne and around regional Victoria, in roles with Igniting Change, the Sir Andrew and Lady Fairley Foundation, the Reichstein Foundation, and MPF’s antecedent, the George Hicks Foundation.

In her earlier music and arts administration careers, Stephanie has held positions in four of Australia’s six symphony orchestras, and remains an active and passionate cellist. 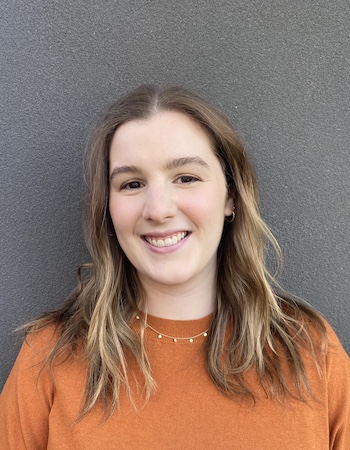 Bethany Travers joined MPF as Project Assistant in October 2020. She completed her Bachelor of Arts (International Studies) and Masters of Public Policy at Monash University, which included internships with data analytics company WhyHive and as campaign assistant in the 2019 Federal election campaign. Bethany has extensive experience in customer service and is interested in developing projects and influencing policy through community consultation and data analysis. 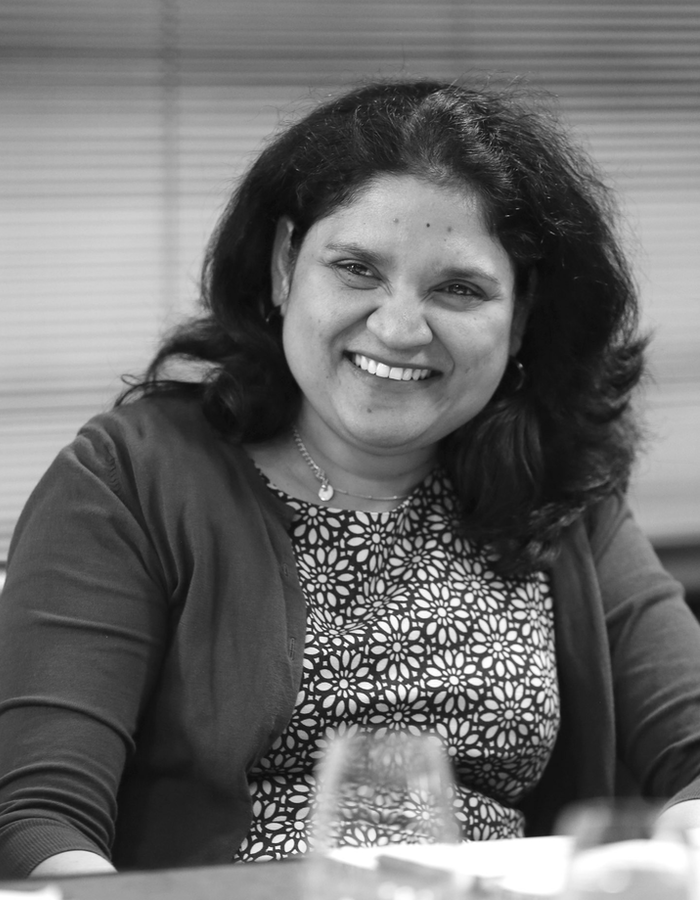 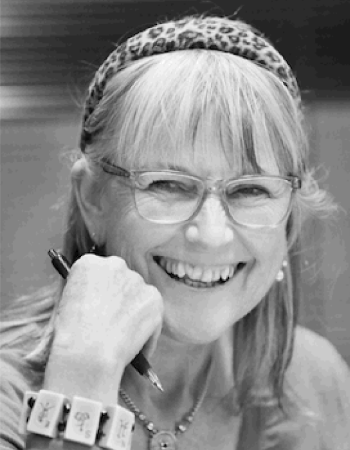 Dr Genevieve Timmons was a founding director of MPF and retired in October 2019.  One of Australia’s most respected philanthropy executives, Genevieve was awarded an honorary doctorate in recognition of her leadership in the sector by Swinburne University, and is an Adjunct Professor with the Centre for Social Impact at Swinburne. Her directorships include Philanthropy Australia Council, Australian Community Philanthropy, the Fellowship for Indigenous Leadership, Studio Schools Australia and TOM : Melbourne.

The Mornington Peninsula Foundation acknowledges and pays respect to the Boon Wurung / Bunurong People of the Kulin Nation, the traditional owners of these lands and waters.